Benefits of SCTEM Membership
Register to be a SCTEM member, memberships are 100% FREE!

Collegiate members and supplier members join for free. Get instant access to content libraries, and other member-to-member collaboration features.

The ONLY annual conference designed FOR and BY higher education professionals. Network with your peers in September. Learn from industry professionals and see what your colleagues at universities are doing across the country.

From hotels to travel management systems, gain access to a library of RFP templates produced by and for colleges and universities across North America. Customize them for your own school!

Gain access to our library of materials spanning all aspects of collegiate travel and expense management. Members have exclusive access to the last two years of educational content and workshop information.

Who We Are
SCTEM, created by higher education for higher education, is comprised of a strong network that represents countless academic institutions and suppliers across the United States and Canada. Membership is 100% free.
Join Us
SCTEM Sponsors
We sincerely thank all our sponsors for their contributions to our organization.
Conference Sponsor

Delta Air Lines serves more than 180 million customers each year. In 2018, Delta was named to Fortune’s top 50 Most Admired Companies in addition to being named the most admired airline for the seventh time in eight years.

Additionally, Delta has ranked No.1 in the Business Travel News Annual Airline survey for an unprecedented seven consecutive years. With an industry-leading global network, Delta and the Delta Connection carriers offer service to 324 destinations in 57 countries on six continents. Headquartered in Atlanta, Delta employs more than 80,000 employees worldwide and operates a mainline fleet of more than 800 aircraft. The airline is a founding member of the SkyTeam global alliance and participates in the industry’s leading transatlantic joint venture with Air France-KLM and Alitalia as well as a joint venture with Virgin Atlantic. Including its worldwide alliance partners, Delta offers customers more than 15,000 daily flights, with key hubs and markets including Amsterdam, Atlanta, Boston, Detroit, Los Angeles, Mexico City, Minneapolis/St. Paul, New York-JFK and LaGuardia, London-Heathrow, Paris-Charles de Gaulle, Salt Lake City, São Paulo, Seattle, Seoul, and Tokyo-Narita.

Delta has invested billions of dollars in airport facilities, global products and services, and technology to enhance the customer experience in the air and on the ground. Additional information is available on the Delta News Hub, as well as delta.com, Twitter @DeltaNewsHub and Facebook.com/delta.

American Airlines is here to make traveling for work easier – whether you employ 5 or 500 people. With the largest network in the world, you can keep your school moving forward, faster. From loyalty programs to upfront discounts, see what our travel programs and services can do for you. Contact us today for more information.

Hotels use the Cvent Hospitality Cloud’s digital marketing tools and software solutions to win business through Cvent’s sourcing platforms and to service their customers directly, efficiently and profitably – helping them grow and own their business.

Cvent solutions optimize the entire event management value chain and have enabled clients around the world to manage hundreds of thousands of meetings and events.

Higher Education is the top use case for Airbnb for Work.  Airbnb for Work offers a global selection of comfortable homes – perfect for all types of educational travel, such as:

Book comfortable homes with all the necessities

Your travelers can choose from close to 5 million listings globally that fit their needs, from private rooms to entire homes.

Keep tabs on travel with our smart dashboard, equipped with integrations with leading travel management companies and duty of care providers

Quality and support you can count on

Rest assured with our customer success team and 24/7 support 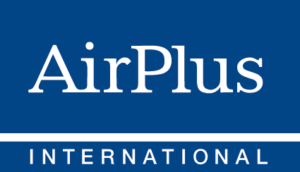 AirPlus International is a key provider of savings to over 51,000 customers worldwide through a suite of corporate travel payment solutions which include virtual central bill accounts, single-use virtual cards, corporate cards and online management tools. The AirPlus payment solutions enable corporations to reduce costs and improve their business processes as the result of our enhanced data and global reach. AirPlus, the leading issuer of UATP worldwide, is travel agency neutral. For more information, please contact AirPlus at 703.373.0940 or www.airplus.com

Headquartered in Seattle, Washington, Alaska Airlines is the fifth largest airline in the United States. Alaska serves over 115 cities with over 1,200 flights a day. Alaska Airlines offers a friendly and relaxed style of service and is also known for embracing innovative technology to improve the customer experience.

Christopherson Business Travel is the independently-owned leader in intelligent business travel management, online travel tools, and business travel resources. Founded in 1953 and purchased by Mike and Camille Cameron in 1990, the company operates from five full-service locations, employs more than 400 travel professionals, and booked more than $600 Million in travel in 2017 for more than 1,000 companies, universities, and organizations across the country. Christopherson is a certified, woman-owned corporation and was ranked as the 12th largest corporate travel agency in the United States.

Established in 1959, Conlin Travel is ranked in the top 50 Travel Management Companies in the nation, providing innovative solutions and dynamic offerings­ for over 300 corporations and institutions across the country. Conlin Travel is a member of BCD Travel and a TMC Certified Preferred Partner with Concur Technologies.

Corporate Travel Planners, Inc. is a Travel Management Company (TMC) and is one of the largest women-owned full-service travel management companies in Texas and among the top 50 in the nation. CTP’s position in the marketplace is based on our commitment to excellence, the diversity of services we offer, and our unparalleled customer service which allows us to be a comprehensive travel planning solution.

Key Travel has supported the international education community for over 35 years, through helping academic institutions and study abroad providers lower their air travel costs, while adding value to their programs. We would be delighted to have the opportunity to meet and discuss how we can support your program.

Southwest Airlines Co. is a major American airline headquartered in Dallas, Texas, and is the world’s largest low-cost carrier.

The airline was established on March 15, 1967 by Herb Kelleher as Air Southwest Co. and adopted its current name, Southwest Airlines Co., in 1971, when it began operating as an intrastate airline wholly within the state of Texas, first flying between Dallas, Houston and San Antonio. The airline has more than 59,000 employees as of March 2019 and operates about 4,000 departures a day during peak travel season.

As of August 2019, Southwest carries the most domestic passengers of any United States airline. The airline has scheduled services to 101 destinations in the United States and ten additional countries. Its most recent expansion occurred in March, April, and May 2019 with service to Honolulu, Maui, and Kailua-Kona respectively. Southwest’s next planned service expansion is to Lihue and Hilo in January 2020.

STA Travel is the world’s largest student travel company, enabling students, young adults and teachers to explore the world, and sending more than 2 million passengers away each year on life-changing adventures. We offer a unique range of products with exclusive discounts on airfare, accommodations, tours, rail passes and more.

World Travel, Inc. is a global mid-market leader in corporate travel management. As the largest organically grown TMC in the United States, we are 100% employee- owned, as well as entirely focused on providing our clients with superior service, state-of-the-art technology, consulting services, and customization to meet their business needs.

This conference allowed my team the opportunity to learn about emerging technology, tap into the “pulse” of both Higher Ed and the travel industry. I was able to share and discuss both best practices and challenges from other institutions. The networking opportunities allowed me to create good, reciprocal relationships with my peers. I left the conference both inspired and motivated to better the travel program at Gonzaga University. We will be back!

“One of the biggest benefits to being a member of SCTEM is the networking.  I’m able to learn from my peers about how they’ve built their T&E program.  I can find other schools that are at a similar stage in their program as I am.  This allows us to learn from one another as to what is working and what is not.  It allows us to find best practices much quicker than we would if we were on our own.  Secondly, it is also great to connect and learn from various suppliers that can understand higher ed T&E.  I can learn which solutions are the best fit for our particular program and make informed decisions accordingly.”

SCTEM allows us to build business and personal relationships with other universities. SCTEM serves as a platform to reach out to other Universities to see how they handle situations and circumstances that we thought were unique to us, but are actually common across higher education.